What makes Paris Mountain Park so special? A question I’m sure you too have considered if you’ve ever visited this Park.
Well, most obvious is its remarkable environment. Nearly 1,600 acres of beautiful diverse woodland just a few miles from the center of a large South Carolina city.
But there has to be more to it. Lots of South Carolina State Parks boast environments as impressive in one way or another.
After considering the question for a while I now believe the Park’s relationship with its “Friends” group is a very important factor in making Paris Mountain such a special place. 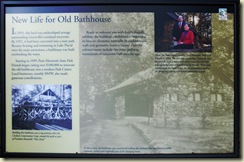 According to a wayside sign near the bath house, the Paris Mountain State Park Friends organization [PMSPF] was founded in 1999 by Ms. Mary Lou Jones of Greenville. The following year PMSPF partnered with Leadership Greenville’s Class 27 to generate Park revitalization ideas, and a significant portion of the funds to implement those ideas.
Those ideas included renovation of the stacked stone bath house I’ve raved so much about here, expansion of the Park’s interpretation program, and promotion of community support for the Park. An ambitious agenda!
Click here to visit the Paris Mountain State Park Friends website. There you’ll find lots of useful information about the Park, as well as Friends-specific activities. It’s an impressive list of objectives. One that must require considerable effort. 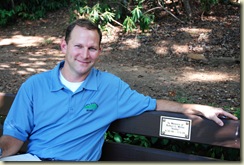 So, hoping to learn more about this Friends organization, and how it relates to the Park, last week I called President Jason Daly and requested an interview. Mr. Daly is one of those people able to run two or three businesses, two or three non-profit activities, maintain an active outdoor life, and enjoy a young family. Yet upon arriving at the Park this afternoon he managed to appear to have all the time in the world. Of course, he didn’t. So we got right down to business.
An outdoorsman to the core, and one with a keen eye for visual communication, Mr. Daly suggested we do the interview outside. Sitting on a bench recently dedicated to Bobby Miller.

We began with Mr. Daly’s personal background and his relationship with the out of doors. I asked how he found time for outdoors activities when he had so many other things on his plate. “You’ve got to make time; time to make those things happen.” I guess so. Never managed it very well myself. But Jason Daly is proof it can be done. 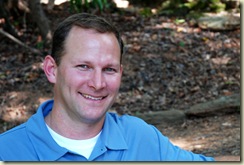 Then Jason described his involvement with the SCMP Friends Group. Someone recommended him for Board membership six years ago. He became president this past year. He noted, tongue in cheek, that incumbent presidents are required to keep secret from potential successors the amount of time the Board presidency actually takes.
Talk then shifted to the Friends Organization programs and activities. In addition to the earlier bath house renovation and promotion of educational programs at the Park, 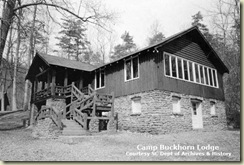 Jason mentioned an on-going project to renovate Camp Buckhorn. [Click here for more information.] PMSP Friends has raised nearly $170,000 toward the total renovation cost of about $500,000. So, they’re not just a source of proposals. Telling the Park what they ought to be doing. They bring money to the table along with their suggestions. Rare indeed! 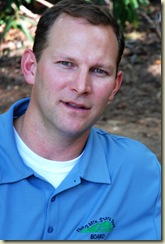 We continued to discuss PMSP Friends-sponsored activities at the Park. Jason first mentioned environmental educational programs, such as the Fourth Saturday Program [Click here to download the 2009-10 brochure].

He also mentioned the Park’s “Music in the Woods” program. [Click here for this year’s schedule of entertainment.] I called it Music in the Park, and Jason kindly waited until after the interview to correct me. Note that power for the PA system at the amphitheater is all solar! Interesting.

Next I asked Jason to explain how his Friends organization expands its membership. And about its public outreach programs. It’s one thing to establish an organization like PMSP Friends; it’s quite another to keep it going and on mission year after year. He first mentioned “Friends Day.” An annual event to which more than 40 venders are invited. Admission for the public is free! As well as the organization’s annual membership meeting. Both events are well attended.
Now, listen carefully to this clip. Jason describes a highly sophisticated operation, and explains how it’s done. In general terms, of course. But he touches most of the important bases. After the interview he also described how the organization now is taking advantage of internet-based communications technology. Very interesting. Watch their website! 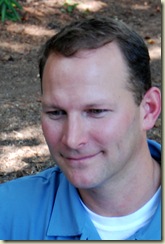 I then asked Jason to give us his description of the Park. An impossible task in such a short time. But it’s interesting to hear the features Jason selected for mention.

After mentioning the significance of its proximity to downtown Greenville, he explained effectively the meaning of the Park for Greenville area residents. Residents who have been coming to the Park for as long as they can remember. Hiking, swimming, walking, and camping. He also recognized the importance of the work and dedication of Park personnel throughout the years. Good to hear!

Finally, with time running short, I asked Mr. Daly about creating and motivating Park Friends organizations. How are they most easily created? How are they maintained once created? Jason’s an organization man. Not all businessmen – even all successful businessmen – know how to create and operate non-profit organizations. Jason certainly does. Though time was short, he gives some useful suggestions here. Have a listen!
Thanks again, Mr. Jason Daly, President of the Paris Mountain State Park Friends organization, for your time and contribution to the CarolinaConsidered Project. Best wishes to you in all of your activities.
Click here to listen to the full interview without interruption.
Stay tuned. Next we have a very interesting interview with Paris Mountain State Park’s Interpretive Ranger Catherine Taylor. Our first with an interpretive ranger.
Click here for the next post in this series.
Click here to return to the CarolinaConsidered Project website.
Posted by Robert Angel at 4:03 PM