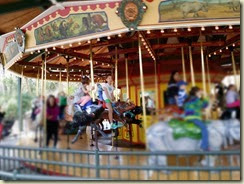 Columbia’s Riverbanks Zoo is another of those must-visit spots in the South Carolina Midlands. Its innovative displays and activities have earned national and international awards for years.

Last Sunday I accompanied our daughter and two of our three grandchildren on one of their frequent Zoo visits. A real treat. 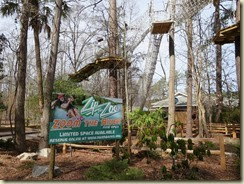 Click the photo above for a better view of the Zoo’s new “Zip the Zoo” zip line canopy tour. And click here to view the Zoo’s zip line promo video. There are two courses. One over the Zoo and one over the nearby Saluda River.

Now, this is a pricey addition. Zoo members have to pay $30 for the Zoo route and $40 for the River route. And even at that price reservations are required. We resisted the temptation, in spite of heavy lobbying from the grandchildren contingent.

Here’s a short video of some of the popular features and exhibits at the Zoo.

Should the video fail to display properly in your browser, click here to go directly to the YouTube iteration.

Just after the elephants and before lunch we visited “Sky-High Safari.” Another relatively new Zoo attraction. I resisted the temptation to climb the exhibit’s carefully arranged ropeways. Watching two grandchildren romping up and down was more than enough cardiovascular exercise for the day. Here’s a video of the event.

Again, if the video embedded above fails to play properly in your browser, click here.

So there you have it. A pleasant Sunday afternoon at Columbia’s Riverbanks Zoo. We’ll be back soon to report on new exhibits. So stay tuned to www.CarolinaConsidered.com. 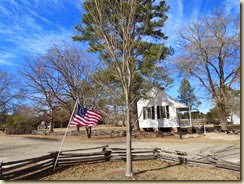 Camden is only a stone’s throw from Columbia. Well, a half-hour or so up scenic Route One. I drive through Camden fairly often during travels around the State, but rarely stop. Week before last, Thursday and Friday, I drove over just to have a look around.
Camden is one of those South Carolina towns that decided long ago to become the beneficiary of its history rather than its victim. And it shows. 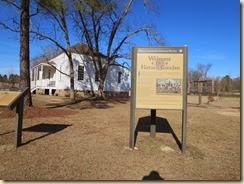 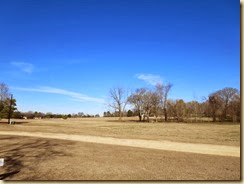 I spent only a couple of hours walking and driving around the grounds. A proper visit will take at least a full day, probably two. Maybe more, to do justice to every exhibit. Somebody’s put a lot of thought and effort into this facility. 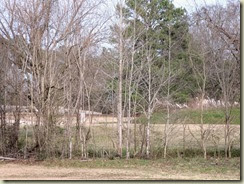 You can wander the battlefield -– it’s 107 acres! – any day. Except major holidays, of course. They’ve done it right, with several reconstructed fortifications from the battle, accurately placed and described. 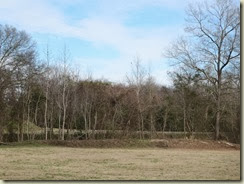 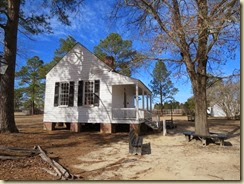 Be sure to take a look at the Craven House, pictured above, which stands near the Park entrance and parking lot. The house was moved from Camden’s Mill Street to its present location in 1970. Look inside to get an idea of how a prosperous accountant in the Camden area might have lived during the late 18th Century. Here’s a short video:

Should the embedded video above fail to display properly in your browser, click here to go directly to the YouTube iteration.
There’s much more to tell about the Historic Camden Revolutionary War Site, but it will have to wait for future programs. The Cunningham House, the McCaa House, and of course, the impressive Joseph Kershaw house all are popular, but only the beginning. 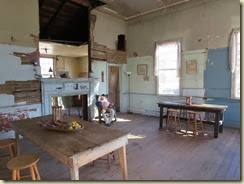 If you hurry you’ll be able to observe a restoration in process. The photo above is from the McCaa House. Historic Camden is restoring the building as a typical 18th century tavern. Drop by soon to have a look at the “nuts and bolts,” so to speak. 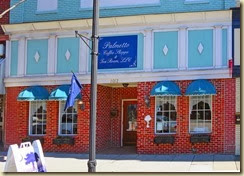 Returning home I passed the Palmetto Coffee Shoppe pictured above. It’s right on Broad Street. Downtown Camden’s main drag. This coffee shop is relatively new. In Camden terms, anyway. Phyllis Morris Wainscott opened it only a couple of years ago. 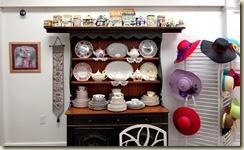 The coffee and pastries were so good my wife and I drove over again on Friday for lunch. Terrific! Well worth the trip. Brent Murray’s in charge of the coffee. Fresh, and locally roasted. He knows what he’s doing, and it makes a difference. This is real coffee.
I’m hoping to persuade Phyllis and Brent to sit for interviews in the near future. So stay tuned. In the meantime, here’s a short video.

As above, click here if your browser doesn’t properly display the video.
Posted by Robert Angel at 5:14 PM 0 comments