Back at Barnwell State Park 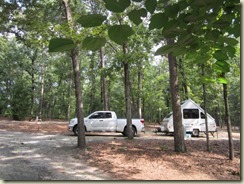 Back for a few days at Barnwell State Park. I last visited here in 2010 some time. Barnwell is peaceful and beautiful. An ideal RV camper’s place to park and rest awhile.

Barnwell is another of the State’s CCC-built Parks. Chuck full of history and those CCC touches we’ve come to expect. Even take for granted. 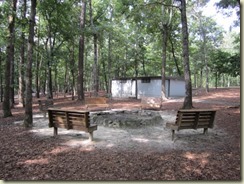 Here’s one example. The unpretentious but clean bath house. And a huge fire pit surrounded by wooden benches. Think of the fond childhood memories that have been created around that circle over the years.

I caught Park Manager Eddy Richburg in a weak moment yesterday at check-in. He agreed to do another CarolinaConsidered interview to update us on what’s been happening here during the past three years.

Many of you have listened to his original interview on this site. One of our most popular! Eddy is a Park Manager’s Park Manager. No other way to put it!

Better get cracking on the second novel draft while there’s still time this morning. These things don’t write themselves! And thanks to all of you who’ve downloaded copies of “Death, Lonely and Peculiar.” Surprisingly, it’s selling well on Amazon. 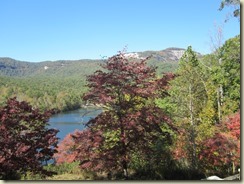 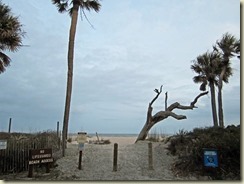 It's a cliché. But there's some truth in it. I've never been able to drive to either the mountains or the ocean from Columbia in two hours. More like three. But that could be due to overly cautious GeezerDriving. Or because of the Aliner trailing along behind. Normal folks might make it in two hours. Especially if they stick to the superhighways that crisscross the state. 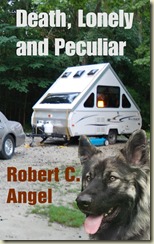 Writing "Death, Lonely and Peculiar" has taken most of my time for the past sixteen months, it seems. Though I still managed to get out every few weeks for a few days of RV camping. Usually at one of the South Carolina State Park campgrounds.

The Aliner is like a cabin in the woods. A cabin with regular changes of scenery outside its windows! Mountains one trip, ocean beach the next. And everything in between. Now, that's hard to beat. 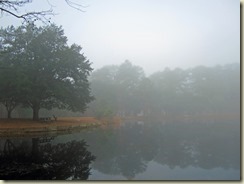 I've begun writing the second book in what may become a series. This will be "Death, Long Long Ago."

Ray and Samantha have returned to Iroquois State Park for a few days of peaceful camping. On check-in, though, they learn a gravesite within the Park's boundaries was desecrated just the night before. Worse, it's the grave of a celebrated Iroquois County Revolutionary War hero.

Detective Sal Ryan once again invites Ray and Samantha to join him as he tracks down the perpetrator. The results will shock the whole County. Stay tuned.

It's been a while since the last post. Sorry about that. Here's why.

Last March I decided to write a novel. One based on RV travels in South Carolina. It took longer than expected. Probably because this is my first fiction book. Haven't written fiction since high school. And that was long ago, done in Latin. On horn books. Well, almost.

Furthermore, I've had about enough interaction with traditional book publishers to last a lifetime. Maybe two lifetimes. So I decided to put this novel out as an e-book. Through the excellent Amazon's Kindle publishing program. Quicker and less stressful than trying to work with a traditional publishing house. 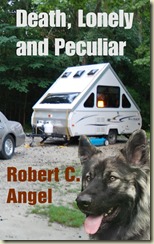 When you download the book will set you back $2.99. If you don't have a Kindle or Nook or WhatEver e-book reader, just download one of Amazon's reader applications for your desktop PC, your laptop, your iPad or Android tablet, or even for your SmartPhone!

The Amazon apps are free and install themselves. You'll find the link to them in the right-hand column of the book's page on Amazon.

Here's the description of the book from the Amazon site:

"That pretty school teacher-lookin' lady with the fancy car's layin' dead up there in her tent! Dead fer shur! Somebody Come Help!" ten-year-old Henry P. Giles howled as he ran lickety-split across the overgrown putt-putt course toward the bath house at 'Hathaway's Family Golf and Fishing Resort.' "Momma! Come Quick! I didn't touch nothin'! Just looked in."

The only recent improvements at this rustic institution were a sophisticated website and two huge signs out on I-95. The 'resort' they described had little in common with Hathaway's Campground beyond its Highway 158 address.

Two Iroquois County deputies answered the Sunday morning 911 call. It took only a quick look to persuade them this was just another of Hathaway's "Off I-95" suicides. They even found two large prescription pill bottles, one full, one empty, beside the body.

Retired USC professor, Dr. Ray Raether, though, didn't agree. Ray and his constant canine companion, Samantha, had been in their Aliner just across the road the previous day when their new camping neighbor arrived. They'd gone over to help set up her tent.

Ray had encountered his share of suicidal students while teaching at USC. Even more drug abusers. The vivacious young woman he met across the road at Hathaway's was neither suicidal nor a drug abuser. Ray would stake his Aliner on it. But if not suicide or a drug overdose, what explained her death?

Samantha, at 110 pounds, was large even for an American Alsatian. She'd been born at the Schwarz Kennels in Oregon, with breed developer Lois Schwarz herself assisting. Samantha was protective. But in a quiet, attentive way. Those steady, expressive yellow eyes were what most people remembered. She seemed to know instinctively whether anyone she met was good or bad, and allowed only those she considered good near her. Or near Ray!

Ray Raether's suspicions alone wouldn't have triggered a more comprehensive investigation of this latest Hathaway's Campground death. But the new arrival had signed Hathaway's Campground registry as "Victoria Limpkin Prentiss." And she'd told Mrs. Hathaway she planned to have dinner that night with a Limpkin cousin from Charleston.

The death of a Charleston Limpkin relative couldn't go uninvestigated in South Carolina. Or even under-investigated. As if to make the point, newspaper and television news reporters began arriving at Hathaway's less than two hours after the 911 call.

After Ray shared his doubts about Victoria Limpkin Prentiss's death with Sal over a remarkable breakfast at Sadie's Restaurant in downtown Iroquois, Sal invited Ray and Samantha to help him with the case. Their investigation took them from Iroquois County to Charleston and back. Nothing they learned was as it seemed, or as it was supposed to be, as they uncovered the true cause of this lonely and peculiar death.

Hope you enjoy the book. I've already started the second in the series. Suggestions are welcome.