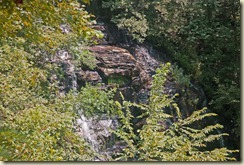 Talk about unusual names. “Issaqueena” sparks all sorts of associations. And it only gets better once you learn a little about its origins.

Like “Stumphouse Mountain,” Issaquenna Falls, also spelled “Isaqueena,” has inspired more than one origin story. Dr. James Walter Daniels’ popular epic poem, “Cateechee of Keowee,” has offered one explanation since its publication in 1898. Daniels had considerable credibility, as a Methodist clergyman with scholarly inclinations who then lived in Abbeville, South Carolina.

You can read Daniels’ poem in its original form on the remarkable Archive.org internet site. Click here for access. And pay special attention to Daniels’ introduction. 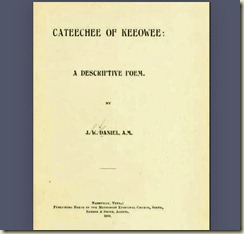 According to that introduction, or inscription, Daniels based his Cateechee epic on careful historical research. He claims to present an accurate account of events. And therefore the correct explanation for the name of the Falls.

Daniels writes that a young Choctaw woman, named Isaqueena in the Choctaw language, was taken captive by Cherokees headquartered in nearby Keowee. There she became a slave in the household of head Cherokee chief, Kuruga, and was called by the Cherokee name “Cateechee.”

While at Keowee this young Indian woman charmed an English trader, Allan Francis, who often visited Keowee on business from the post established some years before by his father at what now is called Ninety-Six, in Greenwood County, South Carolina. 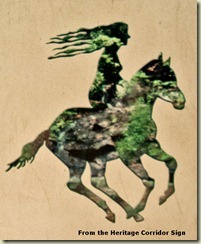 When Cateechee, or Isaqueena, heard Chief Kuruga and his lieutenants plotting a raid on the Ninety-Six trading post, she managed to escape and rode by horse to warn her English admirer, Allan Francis, obstructing Chief' Kuruga’s plans to destroy the trading post. The couple married, and eventually returned to live on what now is called Stumphouse Mountain.

There, the offended Cherokee Chief Kuruga managed to recapture both Isaqueena and her husband, Allan Francis. After being detained near Keowee for two years, the couple managed to escape the Cherokee. During this daring escape, Isaqueena leapt out over those very falls, landing safely out of sight of her pursuers on a hidden ledge near the top. The tracking Indians naturally assumed she died of injuries after her brave leap, and thereafter named the falls in her honor.

There’s much more to this interesting story. I urge you to dig into the sources readily available on the Web for additional details. The Archive.org project is a good place to start. Click the link above to visit. It’s free! 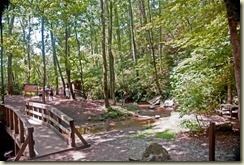 Well, back to the present. Here’s a view of the beginning of the trail down to a sturdy viewing platform that gives a fair view of the falls, even with leaves on the trees. 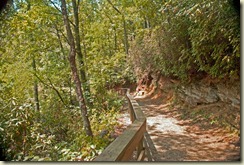 The path quickly becomes more rustic at it approaches the platform. But even I had no difficulty navigating it.

Have a look at the embedded YouTube video at the top of this page for a closer look at the viewing platform, and its surroundings. There must be a better view of the falls during the winter when most of these trees have lost their leaves. 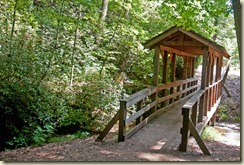 It was hot ask the dickens, and sunny, when I visited the Tunnel and Falls. So, with a promise to visit again in cooler weather, I was back up the trail in no time at all, to enjoy the car’s most welcome air conditioning. 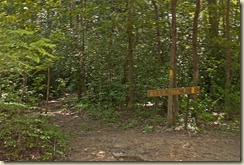 Lots more to see here, of course. I hope to return in the fall, or even winter. Here’s a promising hiking trail sign, just off the parking lot. Even more reason to return. 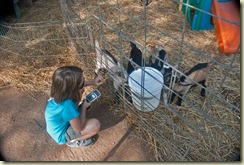