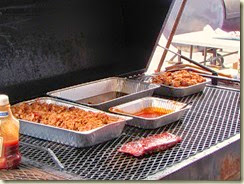 (Click all photos for a larger version)
One of the many advantages of living in the South Carolina Midlands is waking up each morning smack dab in the middle of American barbeque culture. With all the State’s barbeque opportunities no more than a three-hour drive away. Of course, some of the best are right here in the Columbia area. 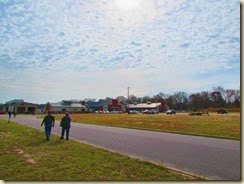 Late last month I drove across town to the third annual Agriculture Commissioner’s Cup Barbeque Cook Off and Festival held at the State Farmer’s Market in West Columbia. The festival began Friday night, but I attended only Saturday morning and early afternoon. 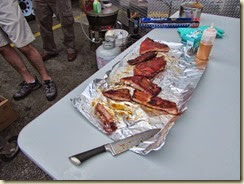 What an event! Serious barbeque cooks from all over South Carolina gathered in two of the Market’s open-sided buildings, offering samples of their culinary art. Why, there were even a few from other states. Here to study and learn, I suppose…. 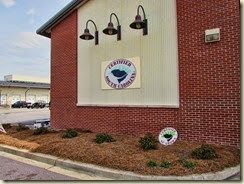 There was still room to park when I arrived. But traffic increased rapidly. Latecomers faced quite a hike from their parked cars to the barbeque displays. 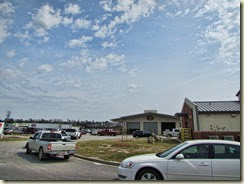 All that walking must have increased appetites since barbeque was running low by the afternoon. Click this link to hear Agriculture Commissioner Hugh Weathers explain to WIS-TV how that was handled. 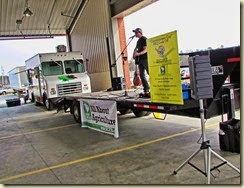 This event wasn’t all barbeque. Cody Webb from Ridge Spring, South Carolina, provided music that went well with barbeque. He’s enjoying some success these days on the country music scene. Well deserved, judging from his performance at the Cook-Off.
Here’s a quick look at some of the contestants and their booths.

(If your browser does not display the video above properly click here to view on YouTube)
When you were full of barbeque ‘n fixins’, there was special popcorn, snow cones, lemonade, corn dogs, and a huge selection of Canebrake Farms’ preserves and fresh fruits and vegetables. That was just the beginning. Kids were running around with brightly painted faces, begging parents for another turn on the jumping pillows. A great family event. I left the Farmer’s Market around two o’clock and drove back through town along the Charleston Highway, or Route 321. Or 176 or 21, for that matter. Plenty of social and natural scenery throughout. Then, look what came up on the right-hand side of the road? Well! I had to stop. 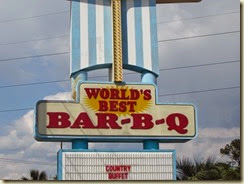 Piggy Park is the first restaurant in which we had dinner upon moving to Columbia from Washington, D.C. Talk about lucky! 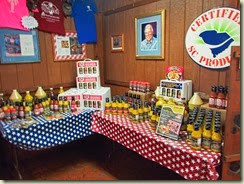 Mr. Bessinger passed away back in February. But the barbeque and fixins’ are as good as they’ve always been. I made a special effort to confirm that. The only difference I noticed was that the display tables inside the restaurant now are devoted exclusively to barbeque and Piggy Park’s signature mustard-based sauce. No political literature in sight.
Piggy Park still serves the barbeque and fixins’ by which I judge all other barbeque. ‘Nuff said.

(If this video doesn’t play properly in your browser, click here for the YouTube version)
Posted by Robert Angel at 10:27 AM