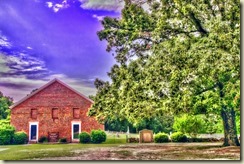 Next time you’re driving on Interstate I-77 between Columbia and Charlotte, take an hour or so (at least) to turn off onto South Carolina Highway 97 toward Chester. In just a few miles you’ll see the sign below on the right-hand side of the road. 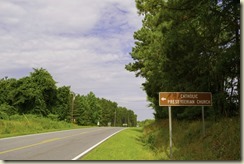 A few months back curiosity won out and I made the indicated turn to have a look. Just a mile or so down the road, I found a no-nonsense brick church building, sign, and a couple of enormous trees shading a good portion of an unpaved parking area. 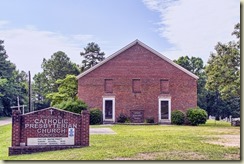 I took a few photos. The sanctuary was locked with nobody around. But this is an active congregation. A quick Google search of “Catholic Presbyterian Church” confirms that and explains the origin of the unusual name. Formed in May of 1759, the original congregation included members from various Protestant sects and denominations, primarily Presbyterian. Hence the “Catholic” designation. 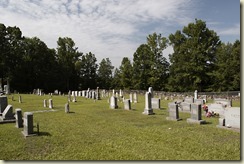 In addition to the 1842 brick sanctuary building, the third erected by this remarkable Congregation, the site includes a well maintained cemetery. Expanded and still active. 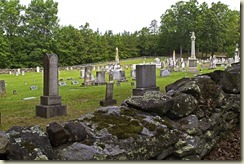 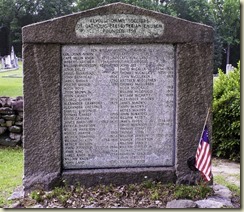 Beyond its unusual name, Catholic Presbyterian may be best known for the large number of soldiers it provided during the Revolutionary War. Pictured above is the honor role listing their names and date of death. If you click the photo for a larger view you’ll be able to read each name and date. Some survived the War; many didn’t.

This is an active cemetery and not a tourist attraction. With that in mind, walk carefully through the rows of graves. Many of the inscriptions remain legible. A history lesson in stone. 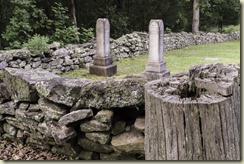 A remarkable place, easy to find and to access, well worth a visit.